The DePuls test (Cardiac Rhythm Variability test or CRV test) is a simple, non-evasive method that allows us to get a lot of information about our health within 5 minutes. The Cardiac Rhythm Variability test is being part of the traditional Chinese Medicine’s methods for centuries. The traditional healer is able to get valuable information about a sick organ, energy levels just by measuring the CRV via feeling the pulse on the patient’s wrists. According to the traditional Chinese Medicine, that can be achieved by feeling in 3 different positions on the patient’s wrists (left and right) and in two different depths (superficial and deeper). That means that the traditional healer can get 6 different readings on each hand. Those 12 readings in total are corresponding to the condition of 12 major organs in our body.
Nowadays, the CVR test is conducted, in less than 5 minutes, via state of the art technology using a complicated algorithm based on the traditional method. The CVR test allows the health care provider to evaluate the body’s ability of the parasympathetic nerval branch of the Autonomous Nerval System to bring itself into a state of self-healing and nutrition (the sympathetic branch focuses on survival).
Research has shown a collaboration between health problems and minute disturbances in the Cardiac Rhythm Variability such as obesity, hypertension, diabetes and other potentially life-threatening cardiovascular disorders. Also, the CRV test can detect the levels of stress hormones (cortisol and adrenaline) which can give us an “inside view” of our immune system and how it copes with germs’ attacks etc.
Nowadays, many major football teams, basketball teams, professional athletes count on the CVR test to keep track on their performance and their ability of rehabilitation between games and trainings. Research has shown that high levels in CVR test are an indicator of high performance in their chosen sport. That means that the CVR test is a valuable tool in the hands of trainers in order to control the trickiest part of their athletes’ training routine which is the intensity level of the training and the time off in between.
CVR test is not only for athletes, is also a valuable investigating tool for everyone. It can show stress levels, energy distribution within different organs in our bodies, the energy flow strength, immunity levels, regulation of neuro-vegetative system, psycho-emotional condition, the energy flow within the cervical spine, the aging rate, as well as suggested diet and bio-resonance therapy.
It’s a very simple, quick, painless method with no side effects!!! 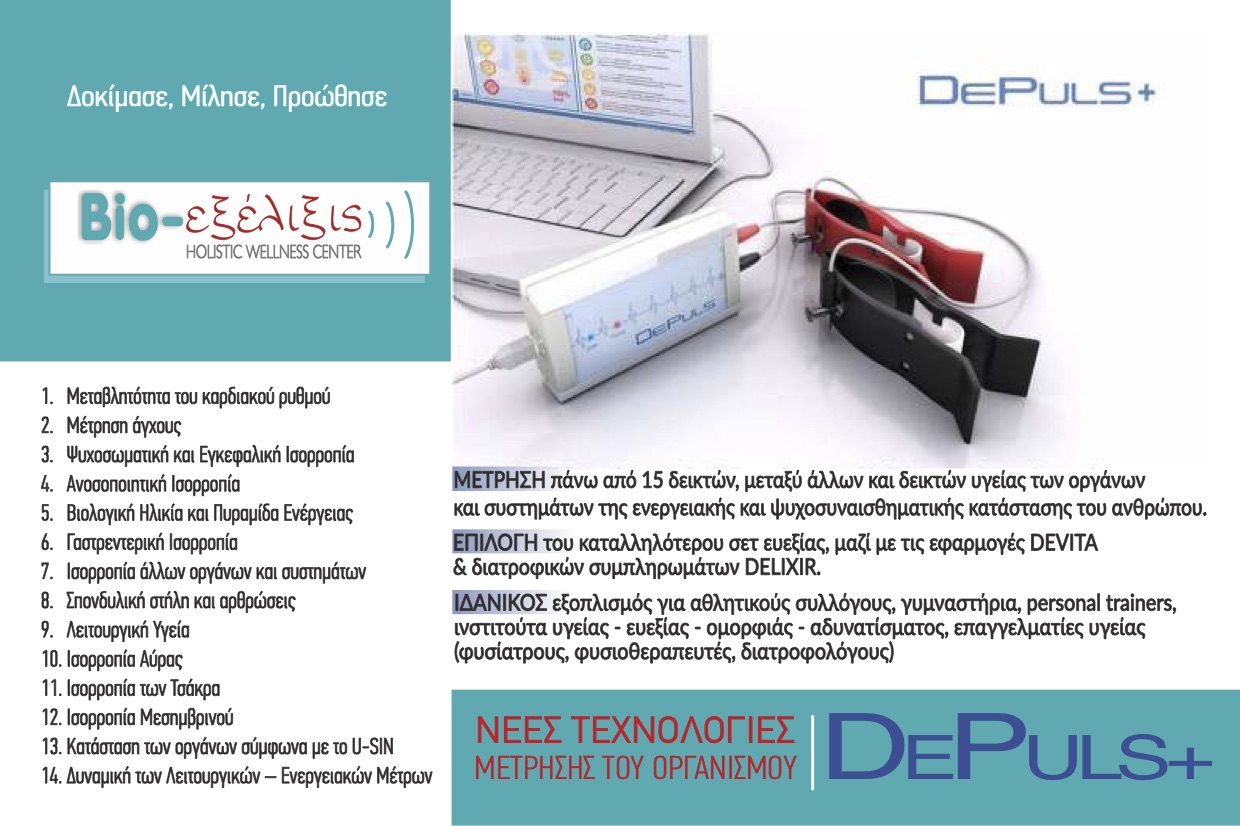 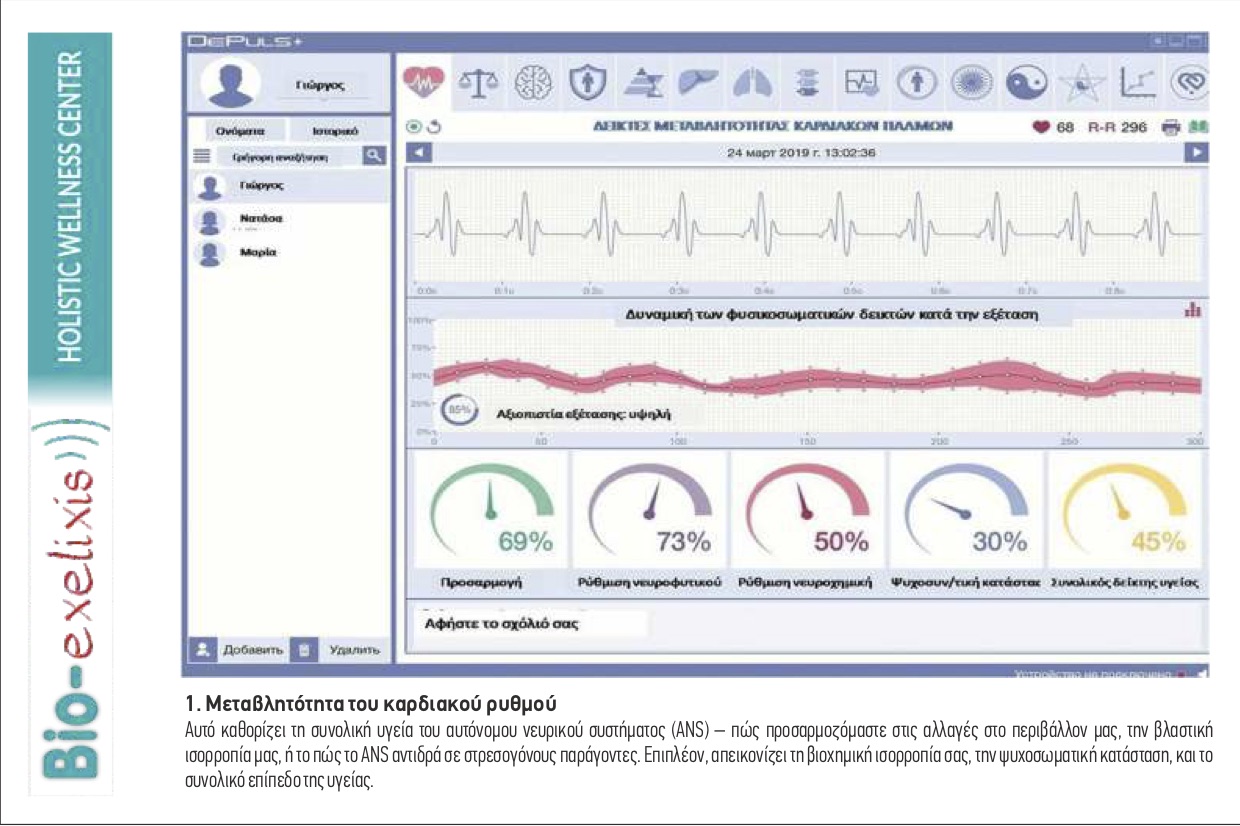 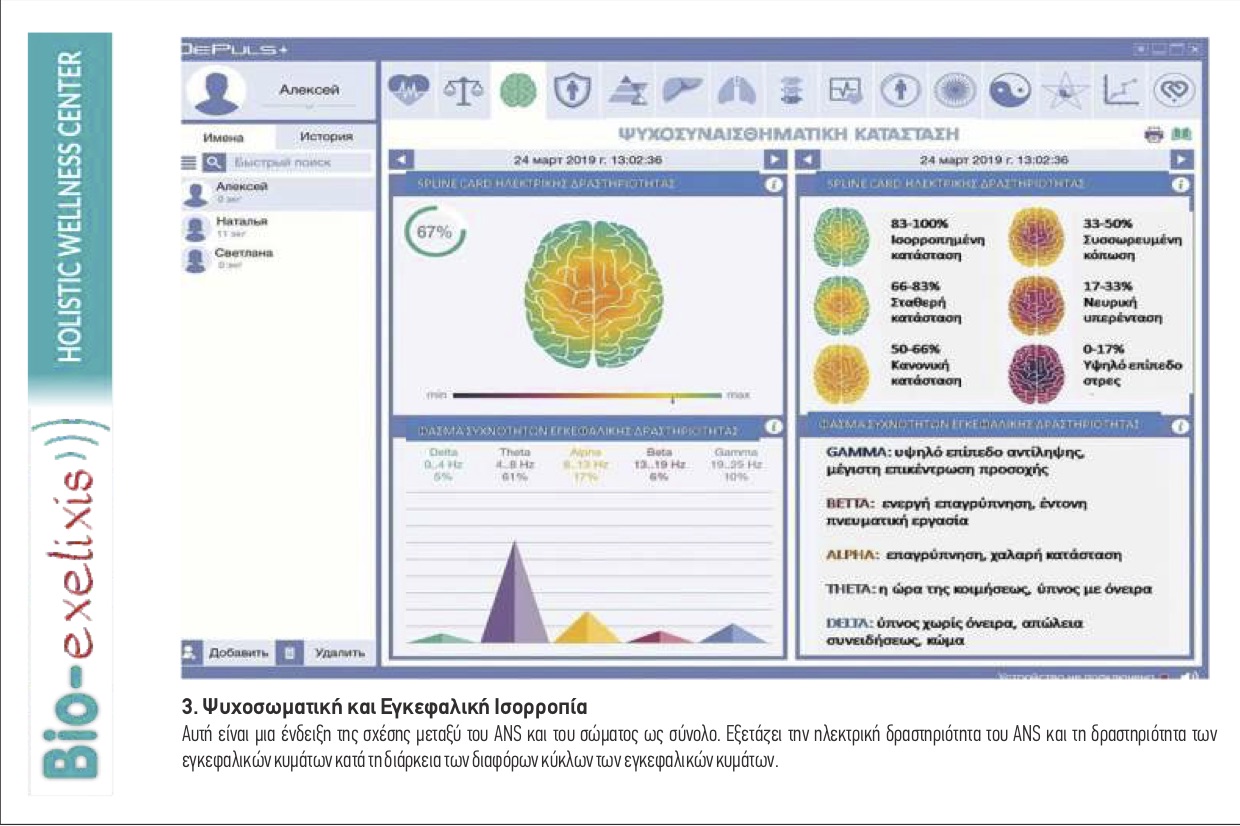 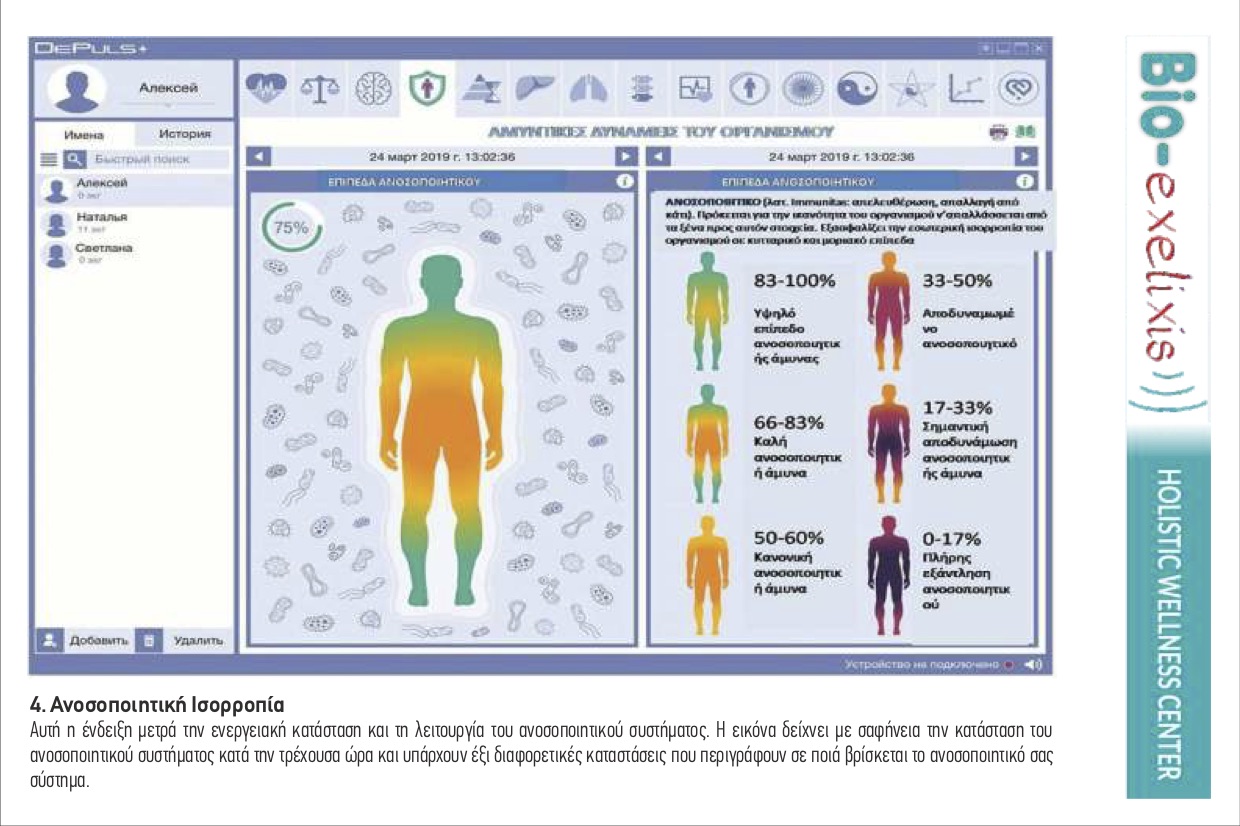 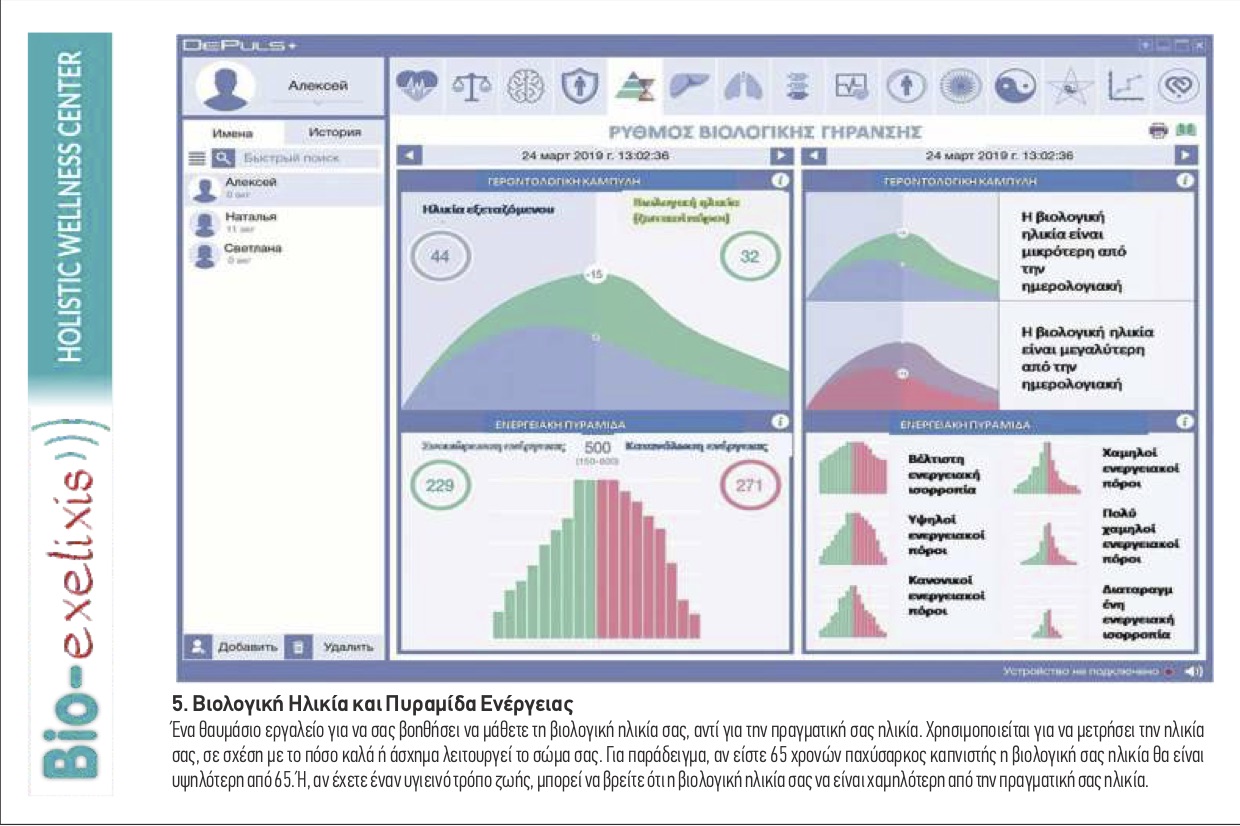 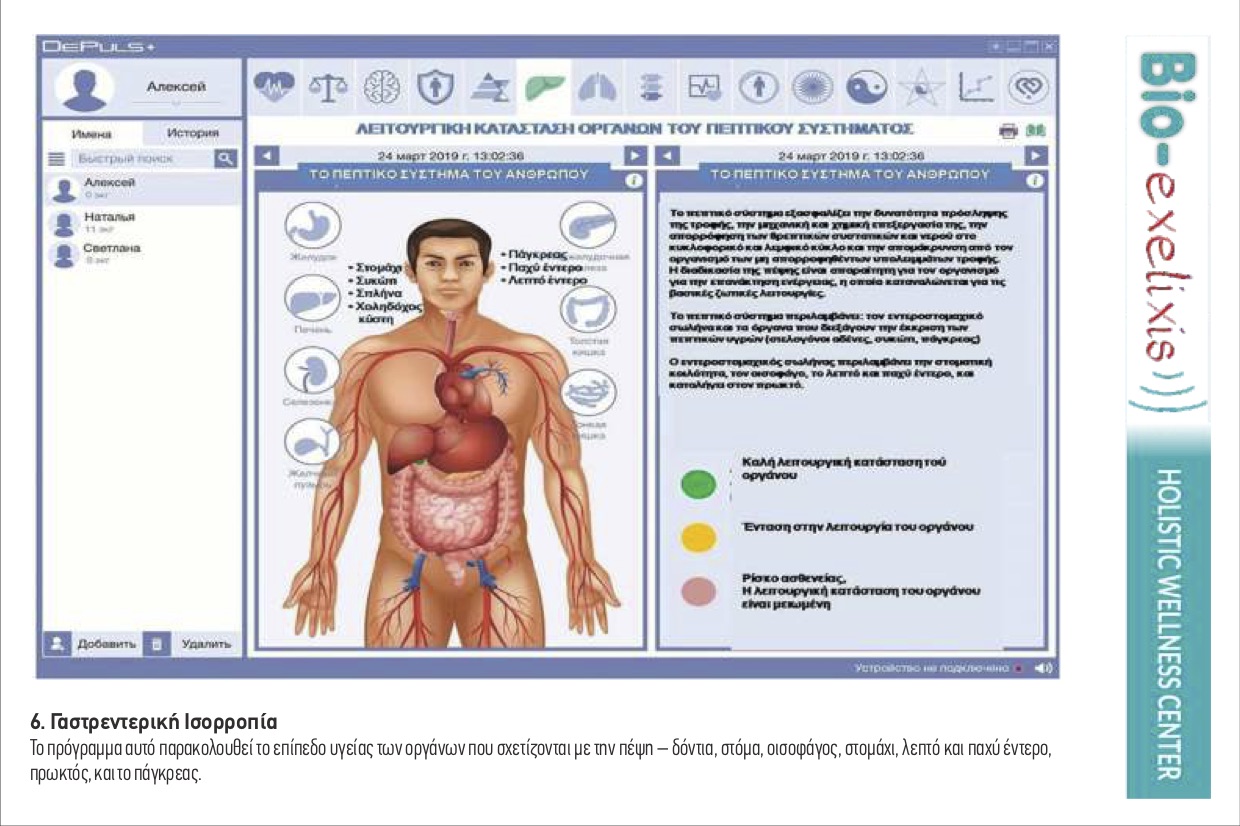 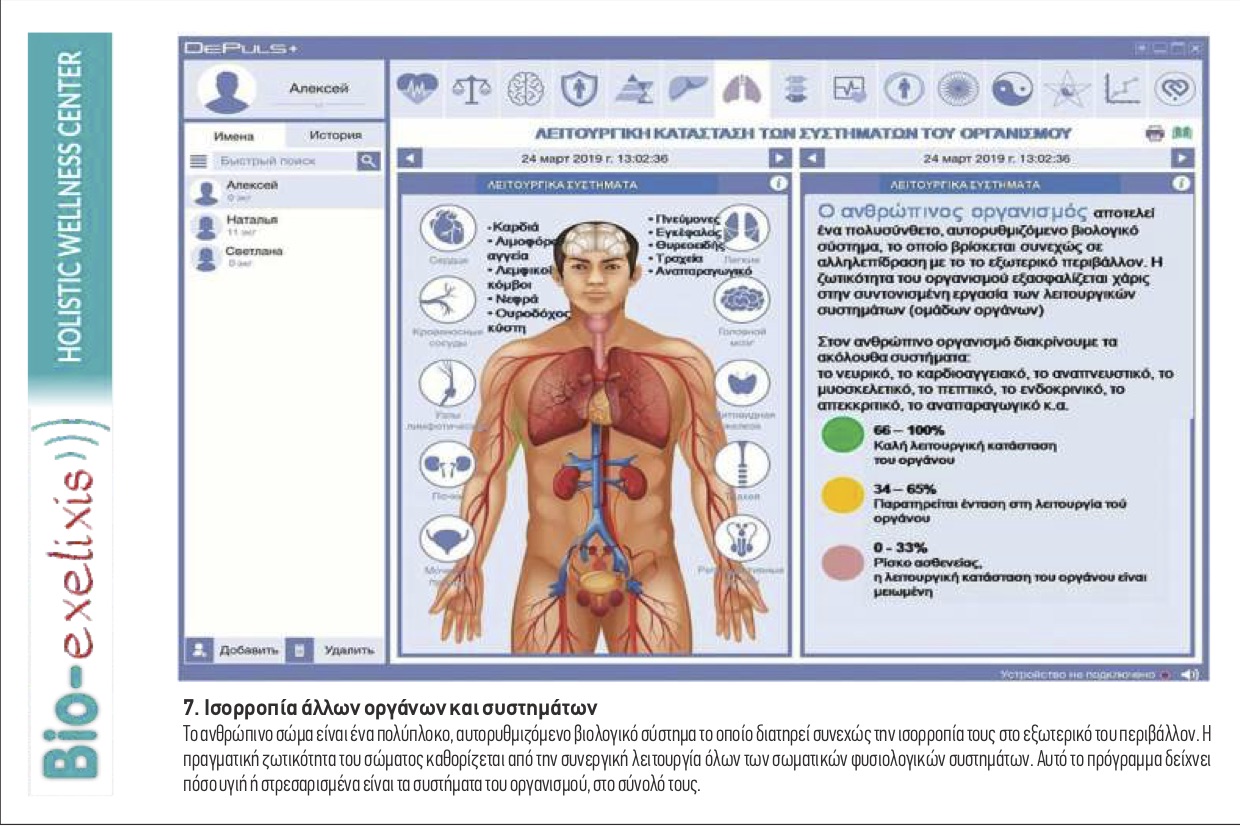 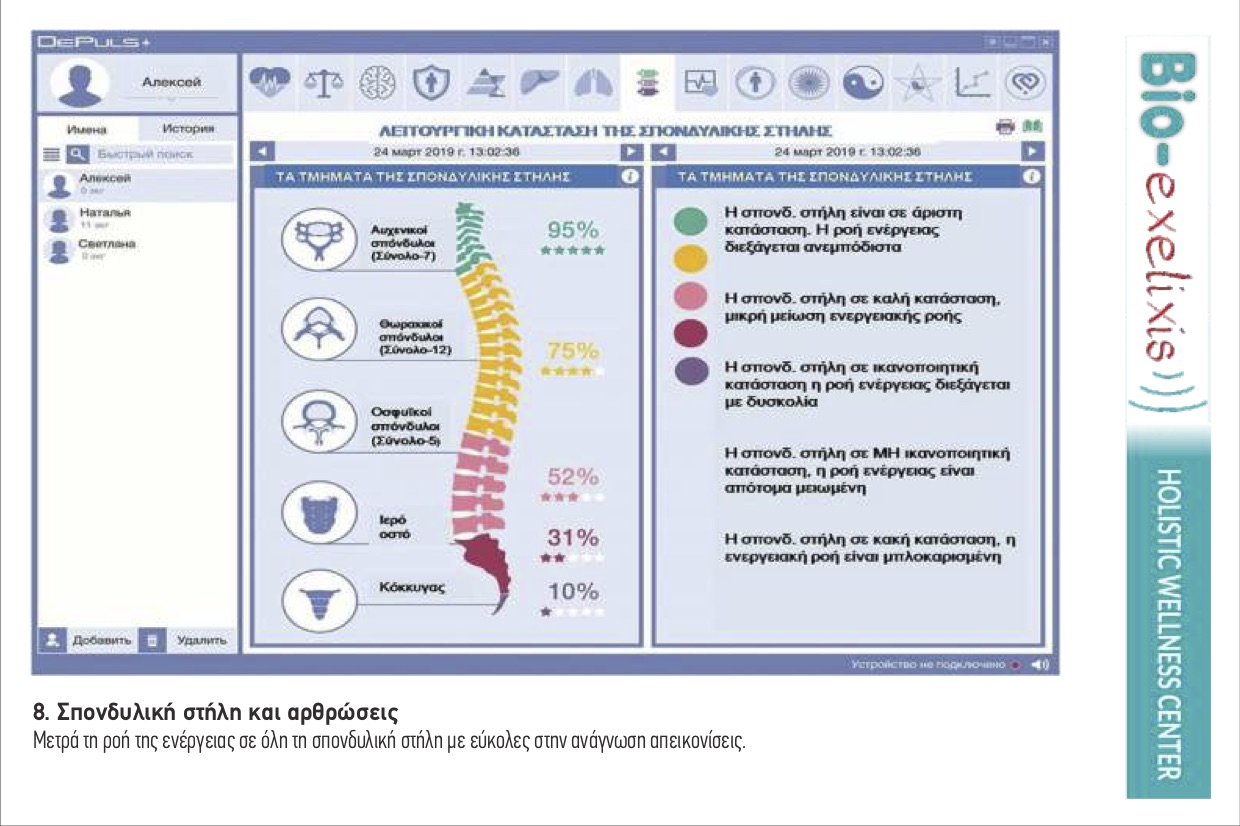 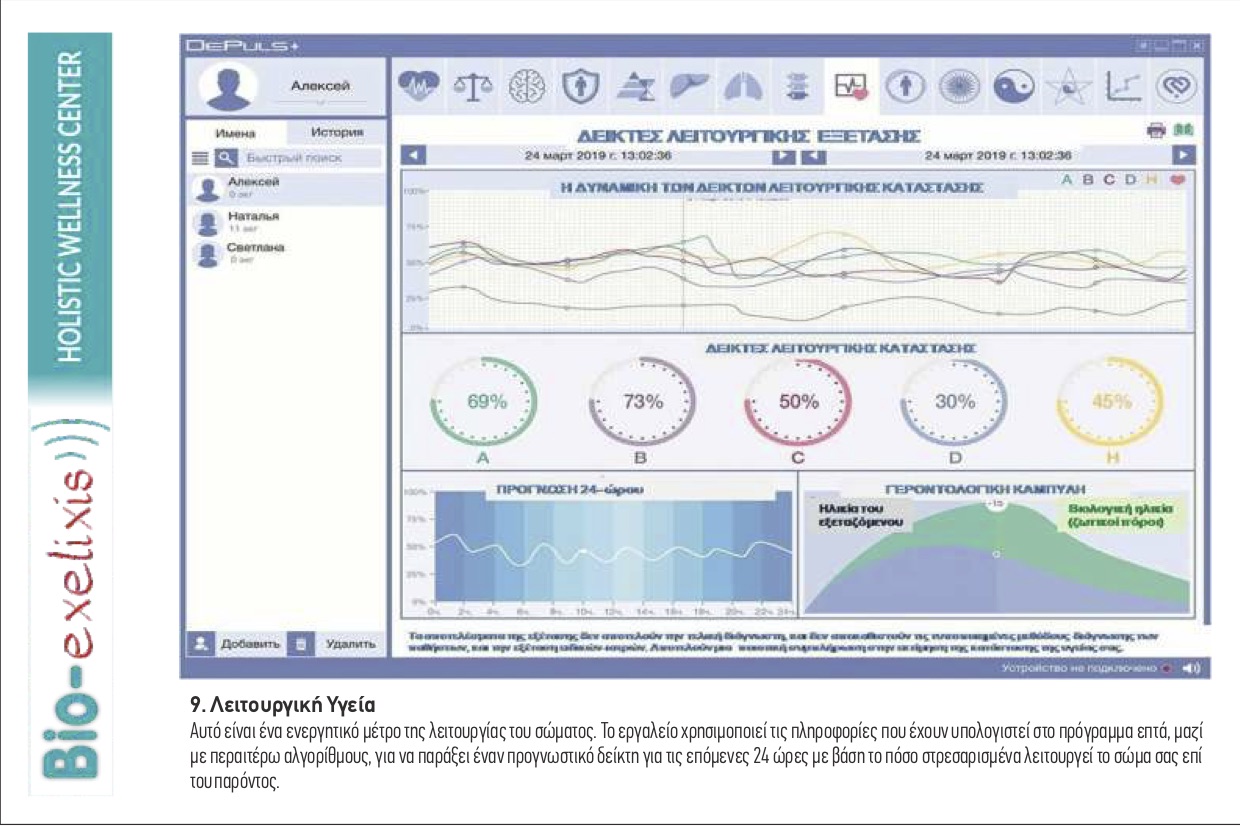 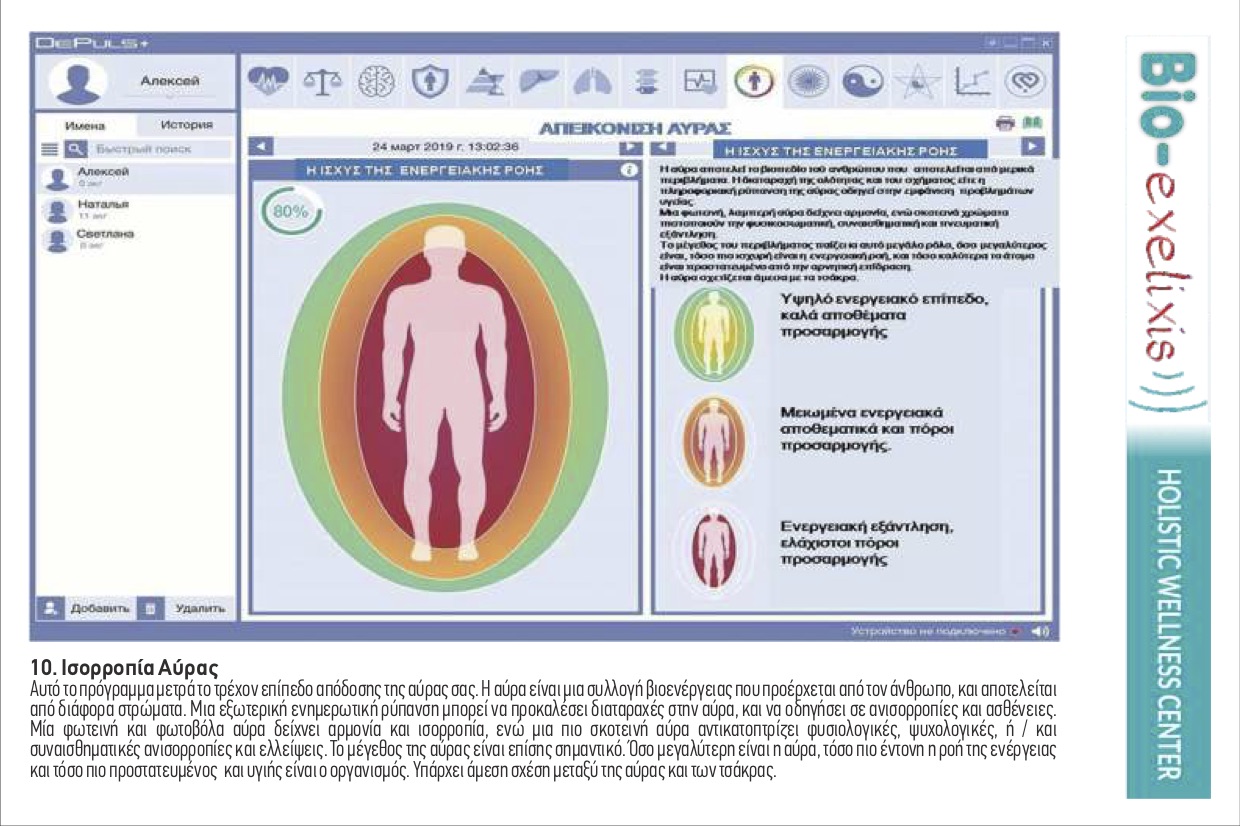 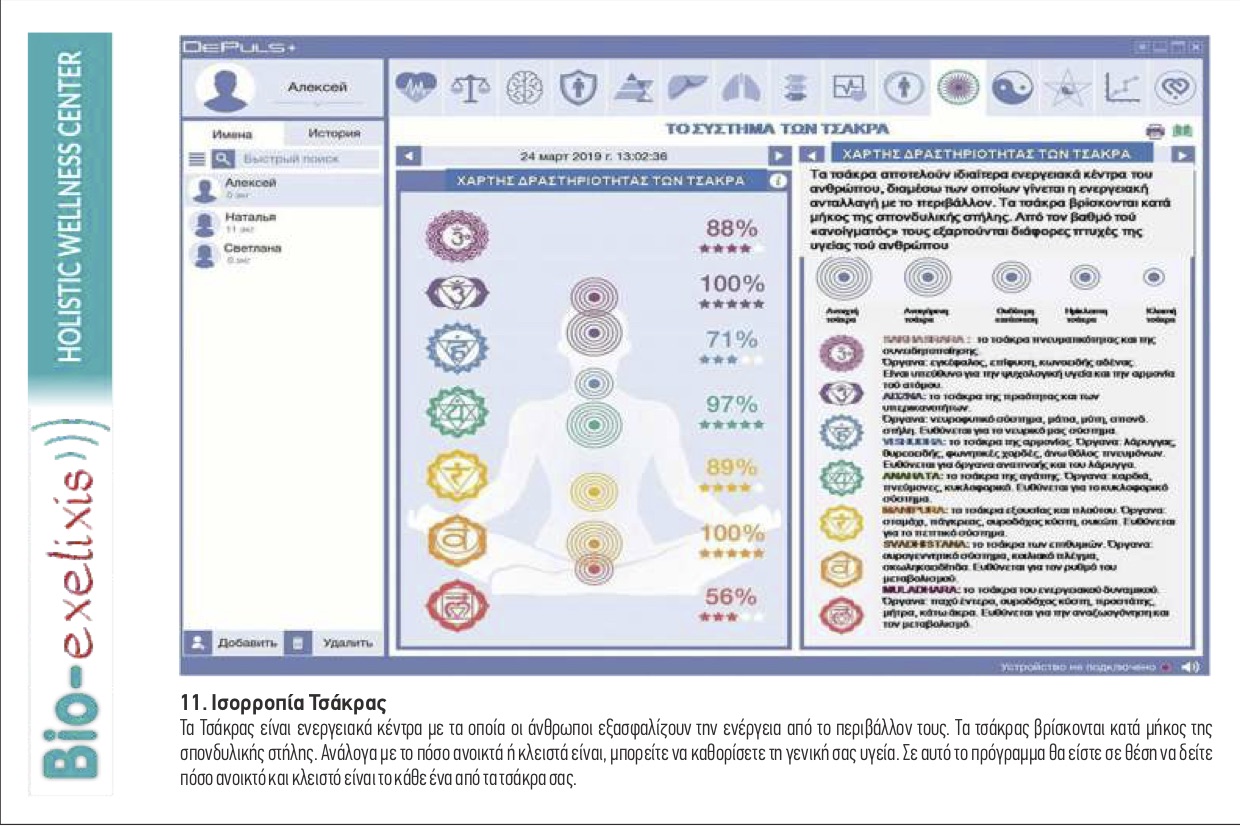 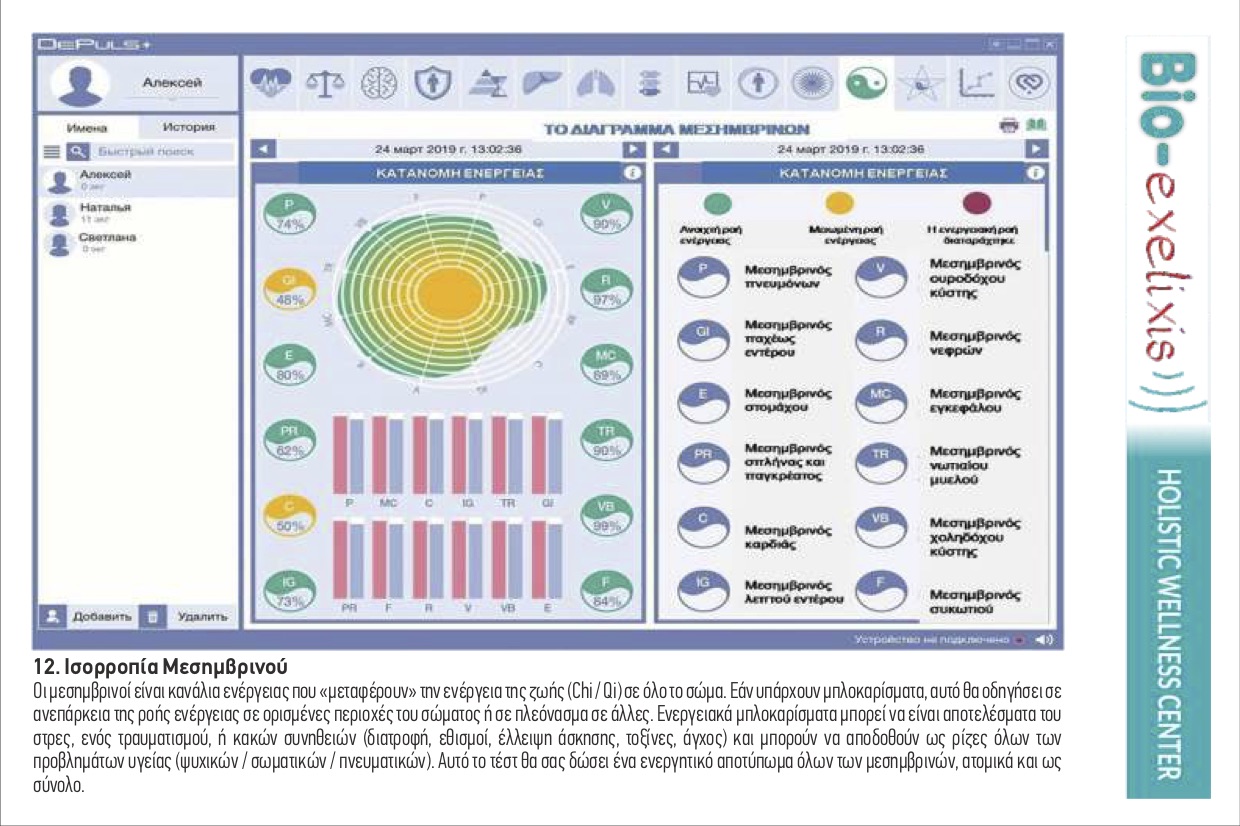 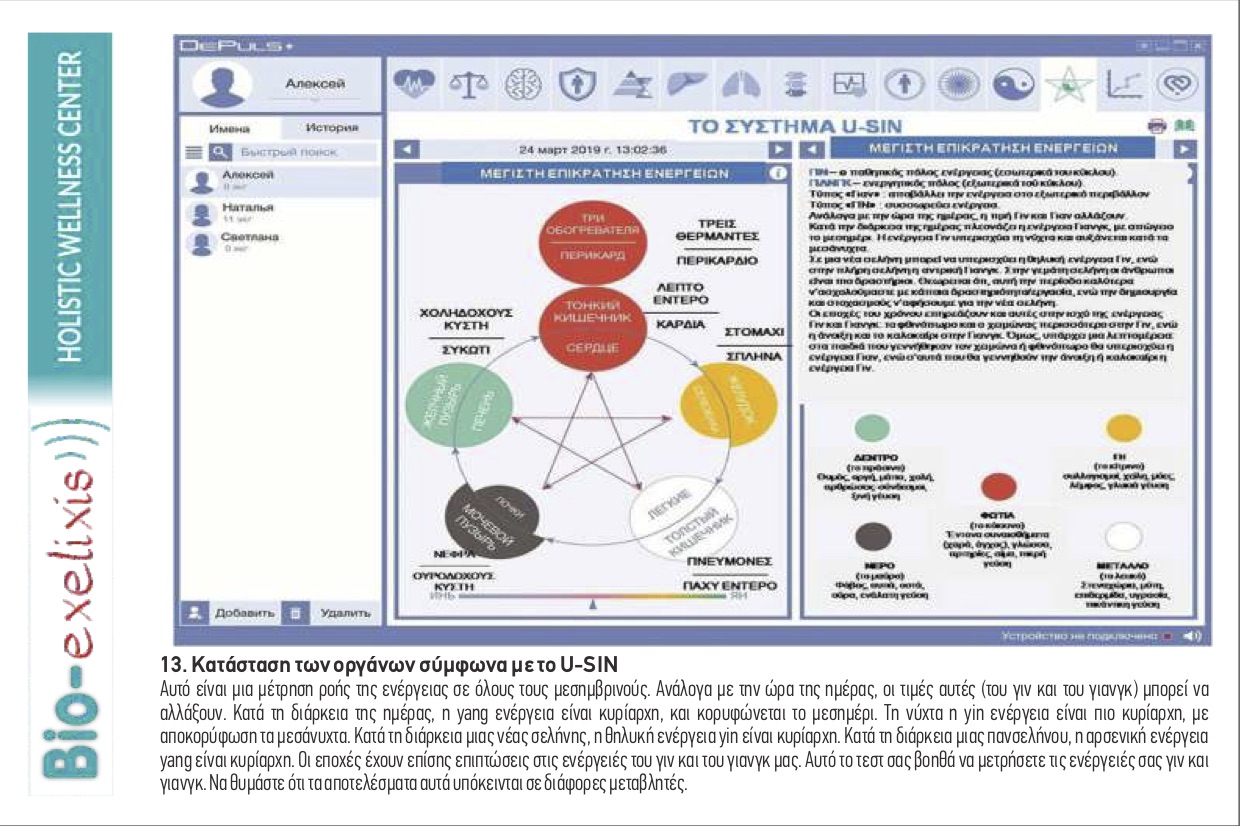 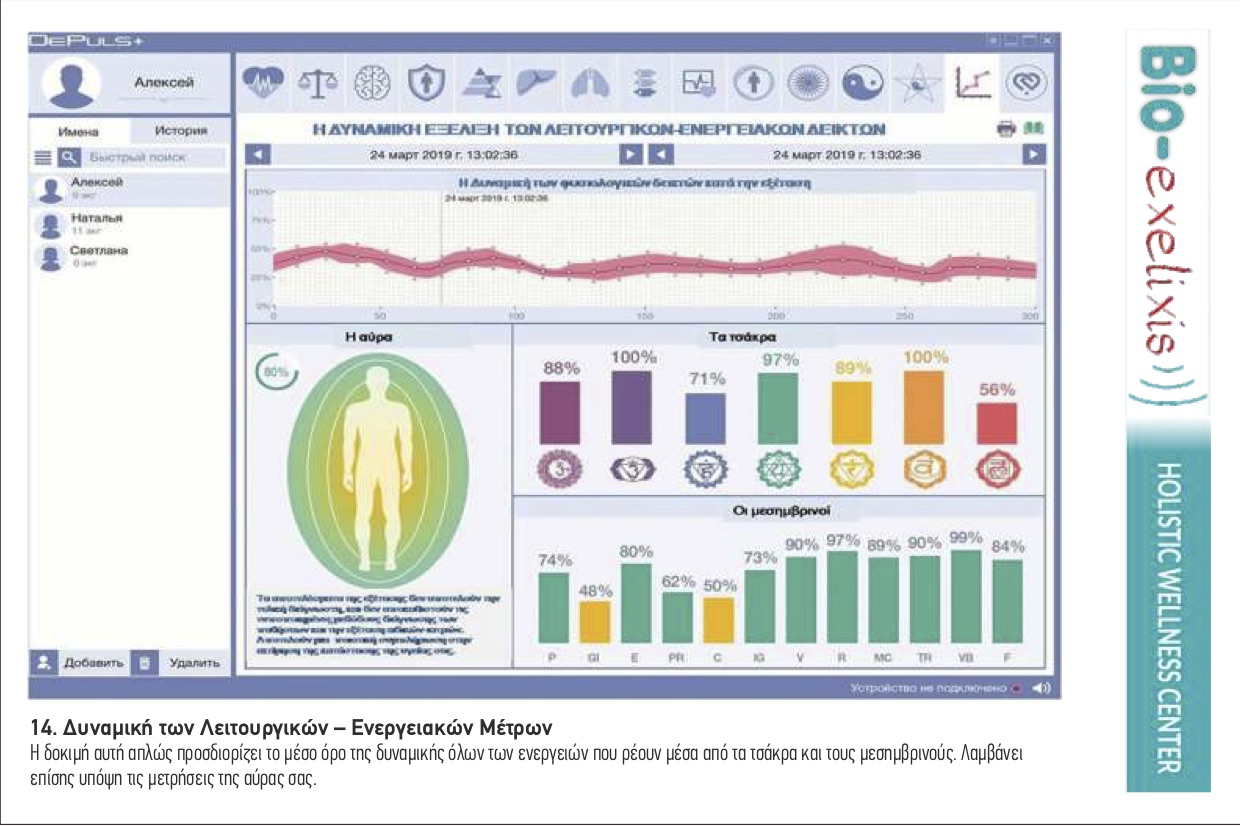 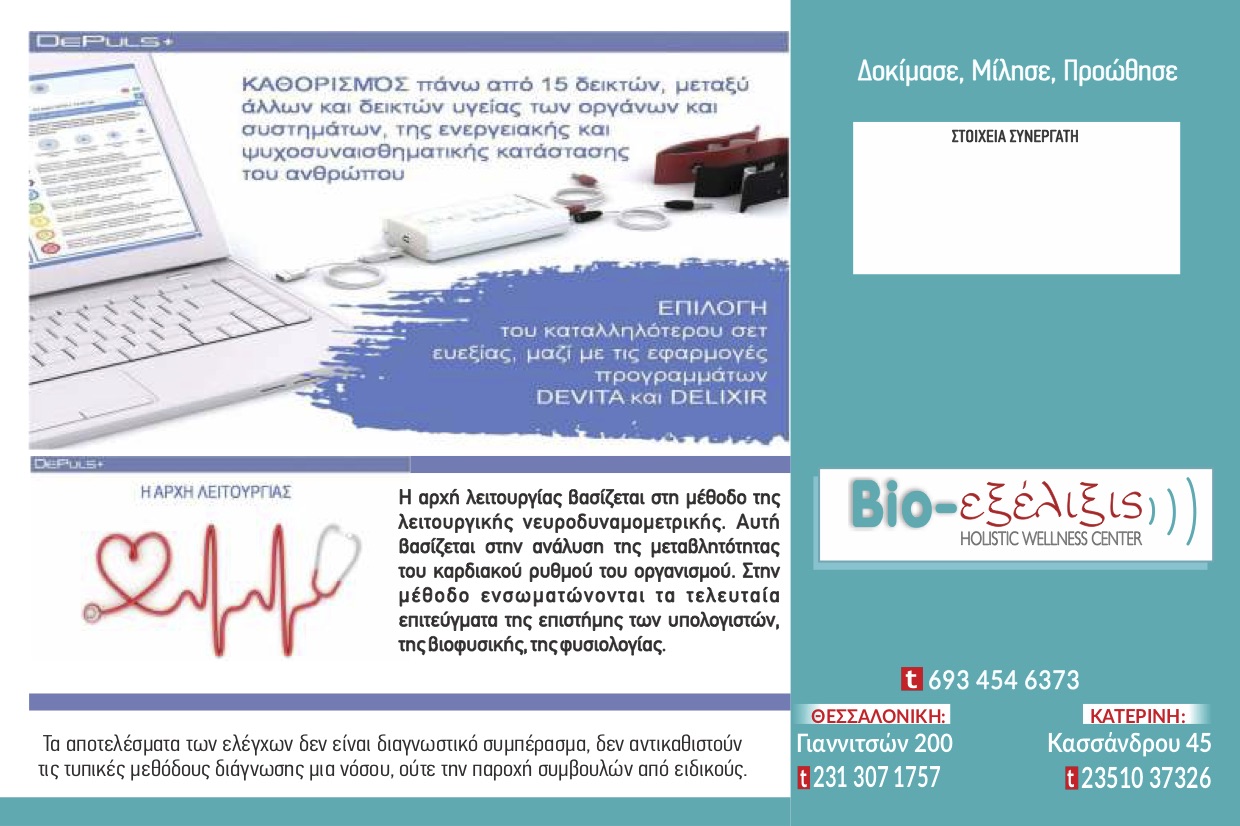